PLANO, Texas, May 17, 2021 /PRNewswire/ — In an effort to further support Team USA’s Paralympic athletes as they pursue their sport dreams and in partnership with the United States Olympic & Paralympic Committee (USOPC), Toyota is excited to make history with the creation of nearly $5 million in stipend and sponsorship opportunities that will directly impact the lives of eligible U.S. Paralympic athletes aiming to compete at the Paralympic Games Tokyo 2020 or the Paralympic Winter Games Beijing 2022. 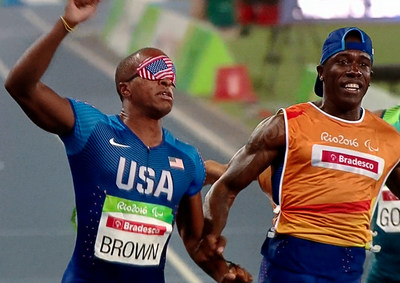 Toyota believes that mobility goes beyond cars and wants to support people in their efforts to get across town, across a room, and through life. Toyota also believes in the power of sport, and its ability to connect people with diverse backgrounds as they compete with mutual respect towards a common goal. Through sport, the Olympic and Paralympic Games bring together the entire world to celebrate the highest realization of humanity, and it is the elite Paralympic athletes who truly demonstrate that when a person is free to move, anything is possible.

«As a TOP partner of the International Olympic Committee and International Paralympic Committee, and in alignment with the values of Toyota, we’re proud to have the opportunity to support all eligible Team USA Paralympic athletes who will represent our country on the world’s largest stage,» said Lisa Materazzo, group vice president, Toyota Marketing, Toyota Motor North America. «We welcome these athletes into the Team Toyota family and look forward to playing just a small role in their journey to Tokyo and Beijing. We hope our support will contribute to driving more awareness for all Paralympic athletes worldwide and the Paralympic Games.»

Together, the stipend and sponsorship opportunities will offer up to $5 million in monetary support to eligible athletes to help their sport and the pursuit of their dreams:

«As the Paralympic Movement continues to prosper in the U.S., we’re encouraged by the commitments made by partners like Toyota, which foster greater affinity and exposure for Team USA’s dedicated Paralympic athletes,» said Sarah Hirshland, chief executive officer, USOPC. «The extra funds and expanded sponsorship opportunities give our Paralympic athletes more time to focus on training as they prepare for their goal of representing our country on the global stage.»

«I am 16 and have been competing in Para track and field since I was 8 years old.  Unfortunately, I have seen many of my fellow adaptive athletes quit competing because of the expense for equipment, travel and training,» said Ezra Frech, U.S. Paralympic hopeful and Para track and field athlete. «This program should inspire more young athletes to keep grinding. Thank you, Toyota, for your commitment to Team USA’s Paralympic athletes!»

As a mobility company, Toyota is also lending its engineering expertise to Paralympic athletes, who may require specialized equipment or utilize human guides when they compete. Prior to the Paralympic Winter Games PyeongChang 2018, Toyota Racing Development (TRD) worked with three-time Paralympian and Team Toyota alpine skier Danelle Umstead and her husband and sight guide, Rob, at a North Carolina wind tunnel to provide engineering feedback on body positioning, drafting and speeds. And, looking ahead to the Beijing Games, TRD is collaborating with the U.S. Paralympics Alpine Skiing team to develop a sit-ski, which the team hopes to use in competition.

About Toyota
Toyota (NYSE:TM) has been a part of the cultural fabric in North America for more than 60 years, and is committed to advancing sustainable, next-generation mobility through our Toyota and Lexus brands plus our 1,800 dealerships.

Toyota has created a tremendous value chain and directly employs more than 47,000 in North America. The company has contributed world-class design, engineering, and assembly of more than 40 million cars and trucks at our 14 manufacturing plants, 15 including our joint venture in Alabama that begins production in 2021.

Through its Start Your Impossible campaign, Toyota highlights the way it partners with community, civic, academic and governmental organizations to address our society’s most pressing mobility challenges. We believe that when people are free to move, anything is possible. For more information about Toyota, visit www.toyotanewsroom.com.

About the United States Olympic & Paralympic Foundation
The U.S. Olympic & Paralympic Foundation is a 501(c)(3) nonprofit that serves as the primary source of philanthropic support for Team USA. Founded in 2013, the USOPF generates critical financial resources that help Team USA athletes reach their full potential, both on and off the field of play. One hundred percent of gifts to the foundation go directly to athletes and the high-performance programming that supports them. The USOPF is headquartered in Colorado Springs, Colorado, and led by President Christine Walshe. Supporting the USOPF and its staff is the USOPF Board of Directors, headed by Chairman Gordon Crawford.