CLARINGTON, ON, May 20, 2021 /CNW/ – The Toyota Canada Eastern Canada Parts Distribution Centre (ECPDC), a facility with 44,356 square-metres of warehouse and office space in Clarington, Ontario, has been awarded Zero Carbon Building – Design™ certification by the Canada Green Building Council (CaGBC), making it one of the most environmentally sustainable buildings of its kind in the country. 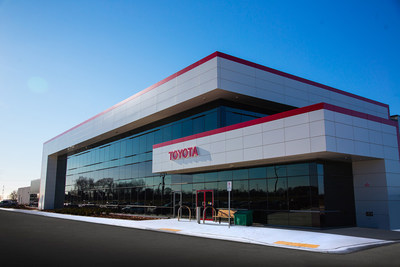 «In this critical decade of climate action, corporate leadership is essential,» said Thomas Mueller, President & CEO, Canada Green Building Council. «By designing and building their new parts distribution centre to meet targets inspired by Toyota’s Environmental Challenge 2050, Toyota Canada has gone above and beyond, setting a high standard for other corporate leaders to ensure we are transitioning to a low carbon future in everything we do.»

CaGBC’s Zero Carbon Building Standard is Canada’s first green building program to make carbon emissions the key indicator for building performance. According to CaGBC, a zero-carbon building is highly energy-efficient and either produces onsite, or procures, carbon-free renewable energy in an amount sufficient to offset the annual carbon emissions associated with operations.

«From the very beginning, our new ECPDC was designed with environmental sustainability in mind,» said Tony Kelly, Vice President of Customer Services at Toyota Canada. «Zero Carbon Building certification is an acknowledgement of our efforts to go above and beyond – not only to meet our own sustainability targets, but to limit our carbon footprint for future generations.»

Some of the building’s sustainability features include:

Click here to watch a video outlining the key features of the building.

This project is registered under the LEED® green building rating system, and is targeting a LEED® Gold certification.

Built with a focus on employee safety and comfort, as well as sustainability and accessibility, Toyota’s new ECPDC plays an essential role in its Canadian parts and service operations by allowing for continued growth and increased parts and service efficiency for Toyota and Lexus customers and guests across Eastern Canada.

Toyota Canada Inc. (TCI) is the exclusive Canadian distributor of Toyota and Lexus vehicles. Toyota has sold over six million vehicles in Canada through a national network of 287 Toyota and Lexus dealerships. Toyota is dedicated to bringing safety, quality, dependability and reliability to the vehicles Canadians drive and the service they receive. TCI’s head office is in Toronto, with regional offices in Vancouver, Calgary, Montreal and Halifax, and parts distribution centres in Clarington and Vancouver. Toyota also operates two manufacturing facilities in Canada. Having produced more than nine million vehicles, popular Canadian models built at these facilities include Toyota RAV4, Toyota RAV4 Hybrid, Lexus RX 350 and RX 450h hybrid. Recent investments at its facilities in Ontario will allow for increased production of the top-selling Toyota RAV4 and RAV4 Hybrid models for the North American market. 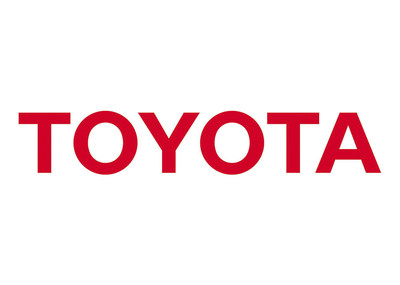