TORONTO, April 14, 2021 /CNW/ – Alyshah Hasham and Wendy Gillis, longtime courts and crime reporters for the Toronto Star, are joint recipients of the 2021 Landsberg Award in recognition of their stories addressing women’s experiences of male violence—including police workplace sexual harassment—and exploring potential solutions. The award is presented by The Canadian Journalism Foundation (CJF) in association with the Canadian Women’s Foundation.

The Landsberg Award celebrates a journalist, or journalists, who provides greater profile to women’s equality issues. The award recognizes exceptional research, analysis and presentation through a gender lens in print, broadcast or online news. As recipients, Hasham and Gillis will share the $5,000 prize from the Canadian Women’s Foundation.

«Hasham and Gillis bring a wealth of research and lucid reporting to the issues of police ineptitude, wrongdoing and harassment in cases involving women and male violence,» says jury member Michele Landsberg, the award’s namesake. «This is solid and well-evidenced gender analysis.

«They are building a base of public understanding that will eventually help compel law enforcement and justice systems to examine their complicity. Their reporting is having a significant impact, and their initiative in seeking real and innovative solutions is admirable.»

The award is named after Landsberg—a prize-winning Canadian journalist, author, social activist and feminist—to acknowledge the tremendous impact that she has had as an advocate and role model for Canadian women.

Hashan’s and Gillis’s winning submissions are:
– «‘This is going to end badly’: How a 22-year history of domestic violence led to the murder of Victoria Selby-Readman«
–  «Are women’s police stations a solution to gender-based violence in Canada?«
– «Six years. More than $150,000 in legal fees. She stood up to sexual harassment inside Toronto police, and won — but at what cost?«

The jury selected the following for honourable mentions:

Additional links to stories by the runners-up are available on the award page.

Of the honourable mentions, Landsberg says: «Hayes highlights an important aspect of violence against women: ‘coercive control,’ an omen of eventual deadly threat to a female partner. Her examination of the difficulties in getting police to understand and act upon these red flags is a significant contribution to the debate. And Pruden’s unflinching in-depth account of a serial rapist’s trial evokes the clashing forces of a prevailing rape culture versus the ongoing #MeToo resistance. Her follow-up about the painful personal costs of such coverage will resonate with many journalists who are on the same beat.»

The award will be recognized at the CJF Awards virtual ceremony on June 9 at 7 p.m. ET. Sign up to watch the free online event and view the sponsorship opportunities.

Cision is the exclusive distribution partner of the CJF.

About The Canadian Journalism Foundation

Founded in 1990, The Canadian Journalism Foundation promotes, celebrates and facilitates excellence in journalism. The foundation runs a prestigious awards and fellowships program featuring an industry gala where news leaders, journalists and corporate Canada gather to celebrate outstanding journalistic achievement and the value of professional journalism. Through monthly J-Talks, a public speakers’ series, the CJF facilitates dialogue among journalists, business people, academics and students about the role of the media in Canadian society and the ongoing challenges for media in the digital era. The foundation also fosters opportunities for journalism education, training and research.

About the Canadian Women’s Foundation

The Canadian Women’s Foundation is a national leader in the movement for gender equality in Canada. Through funding, research, advocacy, and knowledge sharing, the Foundation works to achieve systemic change that includes all women. By supporting community programs, the Foundation empowers women and girls to move themselves out of violence, out of poverty, and into confidence and leadership. Launched in 1991 to address a critical need for philanthropy focused on women, the Canadian Women’s Foundation is one of the largest women’s foundations in the world. With the support of donors, the Foundation has raised more than $100 million and funded over 2,000 programs across the country. These programs focus on addressing the root causes of the most critical issues and helping women and girls who face the greatest barriers. The Canadian Women’s Foundation aims to be inclusive of diverse people across gender and sexuality spectrums. We focus our efforts on supporting those who face the most barriers and have least access to relevant services. This includes people who identify as women, girls, trans, genderqueer, non-binary, and 2SLGBTQI+. To learn more, visit canadianwomen.org. 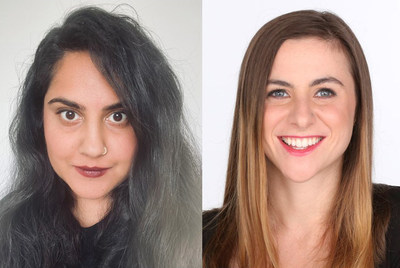