Eighty-one-year-old Shi Huifang could never forget her life-changing decision to venture out into Xinjiang, a remote and bare land to her in northwest China, some six decades ago. She wanted to escape poverty and create a better life for herself by putting in hard work in a new place. 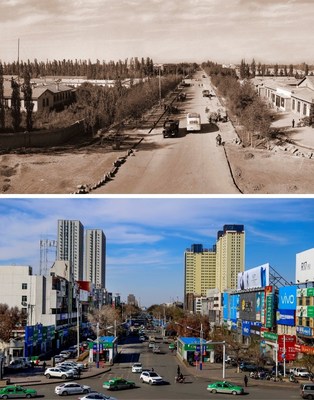 At the same time, this was also a good chance for her to step away from a relationship with a young man because the man’s family was even poorer than hers. «His shanty with thatched roofs did hold me back,» Shi said.

However, she didn’t expect her boyfriend to find out about her decision and give up his job as a hydraulic engineer in Jiangsu, a province in east China, to follow her to Xinjiang Uygur Autonomous Region, some 4,000 km away.

Shi’s father, secretly hoping that someone could and would look after her in the totally unknown place, gave a nod to their marriage. Shortly after their wedding they set off on their journey to Xinjiang in July 1959, when she was 19 and her husband was 24.

Recalling her early days in Xinjiang, Shi said, «We worked all day long and built almost everything from scratch.» She participated in the construction of canals as well as farming. She got the chance to attend medical training and almost became a teacher before giving birth to her first child in 1962, and then became a house wife.

Although Shi rarely shared these memories with her children, the conversation came into a natural flow when her granddaughter became curious about her own roots.

I am that granddaughter. 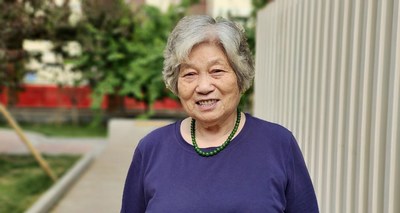 My grandma was among the first batch of pioneers moving from Jiangsu to Xinjiang as a campaign to develop the country’s border land started in the 1950s, when China was suffering bouts of famine.

From 1959 to 1960, over 120,000 young adults moved to Xinjiang from Jiangsu. They were farmers, technicians and teachers. In Changji, 40 percent of the reclaimed wasteland was brought under cultivation by those new settlers, who also developed 80 percent of water projects. Around 75 percent of them eventually opted to stay and contribute to the development of the region for a lifetime.

Seeing is not believing

I myself lived in Xinjiang up to the age of 17 when I left to pursue my university education in the capital city. I never thought too much about how others see life in Xinjiang.

However, as more and more international attention zoomed in on my hometown, the biases harbored by some people struck me hard. The terms that several Western journalists used to report on Xinjiang, such as forced labor and tight security checks sound so foreign to me. Has the Xinjiang where I grew up really changed? With this question, I traveled back to Xinjiang frequently in the past three years, exploring the region from south to north and from countryside to city.

On the whole, the region features more security checks than before, which is true, and indeed inconvenient. Police check every single passenger’s ID. All luggage must go through a scanner…Local people, including myself, have complained about it. But we value safety much more than convenience.

From 1990 to the end of 2016, thousands of terrorist attacks in Xinjiang killed a large number of innocent people and hundreds of police officers according to a 2019 white paper entitled The Fight Against Terrorism and Extremism and Human Rights Protection in Xinjiang. Behind the brutal and frightful aggression loomed the radicalized religious penetration launched by separatists.

«Villagers were forbidden to sing and dance during weddings by some radicalized religious people until some five years ago,» Mahmut Saidil, a former village head in Aksu Prefecture in south Xinjiang, told me. «Life necessities such as a tea pot, soap or basic communication tools were tagged as non-Halal and villagers were instructed not to use them.»

I wish human right fighters could have stood up for those villagers at the time, battling extremists together with all other Chinese people, regardless of ethnicity and religion.

The textile industry, the pillar industry in the region, was reported as the main industry to employ «forced labor» to pick cotton or work in the factories. Fact is that the mechanization of cotton-picking started as early as 2001 in Xinjiang, and was widespread in 2009.

CRCHI’s cotton-picking machinery entered the region in 2019. Before that, imported machines dominated the market.

«About 90 percent of the cotton-picking machines were imported before,» Fang said. «But domestic brands have boomed in recent years.»

«Farmers were reluctant to use machines in the beginning,» Mahmut elaborated. His hometown of Aksu in the southern part of Xinjiang is the major production base of long-staple cotton. «Cotton-picking machines have been used here for more than a decade and the technology is updating year after year,» he said.

The more information I got from my contacts in Xinjiang, the more respect I want to show my grandparents who paved the way for today’s Xinjiang. I also realized just how an individual’s perspectives can be limited by lack of first-hand information. I welcome more people to Xinjiang to learn about it.