INDIANAPOLIS, May 27, 2021 /PRNewswire/ — Rahal Letterman Lanigan Racing (RLL) today announced a partnership with Sugarlands Distilling Company to become the Official Spirits and the Official Moonshine of the RLL team.

Sugarlands Distilling Company, located at the entrance to the Great Smoky Mountains National Park in Gatlinburg, Tennessee, is a craft-distillery that produces award-winning moonshine, rum, cream liqueurs and rye whiskey. More than 1 million people visit Sugarlands’ downtown Gatlinburg distillery annually, and over 25,000 visitors have rated the distillery a five-star experience on Trip Advisor ranking it as the ‘#1 Thing to do in Gatlinburg,’ as well as the ‘World’s Top-Rated Distillery Experience.’

The partnership debuts with the 2021 Indy 500 on May 30, 2021 at Indianapolis Motor Speedway. For more than a century, the Indianapolis Motor Speedway has been home to some the greatest stories in sports. Each year, millions of race fans around the world witness odds-defying accomplishments that turn time into history and drivers into legends, setting in stone legacies that will live forever. This immersive web series chronicles the greatest moments, traditions and heroes of the Racing Capital of the World, Where Tradition Never Stops.

«I visited the Sugarlands facility in Tennessee, tasted their whiskey straight from the barrel and I have to say it’s some of the best whiskey I’ve ever had,» said Bobby Rahal, co-owner of RLL with David Letterman and Mike Lanigan. «Owners, Ned Vickers and Kent Woods, have been great to work with and we are excited about the many ways we can work together in the future.»

Sugarlands branding will been seen on RLL entries and Takuma’s fire suit. Sugarlands products will also be featured and served in the RLL hospitality area throughout the season. Point of sale signage includes RLL drivers Graham Rahal and Takuma Sato.

«As returning Indy 500 Champion, I’m so excited to start this weekend’s festivities with our announcement about our partnership with Sugarlands Distilling Co.  It’s a fun brand, great people and I look forward to working with them,» said Takuma Sato, 2017 and 2020 Indy 500 champion.

«We’re honored to partner with Rahal Letterman Lanigan Racing, one of the most iconic and prestigious teams in Indy car racing. Together we will create some great products and we have no doubt that Indy fans will enjoy our craft cocktails all over America,» said Ned Vickers, President and Founder of Sugarlands Distilling Co.

Patrick Sullivan, Chief Sales Officer of Sugarlands Distilling Co. said «Partnering with RLL, Takuma and Graham enhances Sugarlands already diverse sports partnership portfolio. With this partnership we will continue to strengthen our commitment to our customers and retailers to giving them access to the best sports and entertainment IP and experiences.»

«Seeing my stand-ups in Hy-Vee stores has been great. It’s exciting for us to see our partners working together as an extension of the race team and nice to work with a brand that is also on the same caliber, winning double gold recently in San Francisco’s World Spirits Competition. Not only that, everyone from Sugarlands has been not only great to work with, but fun too. I’m excited to see this program grow,» said Graham Rahal, six-time Indy car race winner.

About Rahal Letterman Lanigan Racing
Rahal Letterman Lanigan Racing, based in Hilliard, Ohio and Brownsburg, Ind., is co-owned by three-time IndyCar Champion and 1986 Indianapolis 500 winner Bobby Rahal, former CBS Late Show host David Letterman and Mi-Jack co-owner Mike Lanigan. In 2021, the team begins its 30th year of competition and will attempt to add to its 29 Indy car wins – including the 2004 Indy 500 from pole with Buddy Rice and the 2020 Indy 500 with Takuma Sato — their 33 poles, 107 podium finishes and 1992 series championship.  The team also competed in the American Le Mans Series from 2009-2013 as BMW Team RLL where they won both the Manufacturer and Team Championships in the GT category in 2010 and swept all three GT titles in 2011 – Manufacturer, Team and Driver. In 2012, the team finished second in the Team Championship and third in the Manufacturer Championship and in 2013, the team finished second in the Driver, Team and Manufacturer Championship. Since 2014, BMW Team RLL has competed in the GTLM class of the IMSA WeatherTech SportsCar Championship with a two-car program and has brought their total to 22 wins – including the 2019 and 2020 Rolex 24 at Daytona endurance races, 28 poles and 91 podium finishes as well as a second-place finish in the Manufacturer, Team and Driver championships in 2015 and 2017. The team was also the 2020 Michelin Endurance Champions. For 2021, the team will compete for back-to-back Michelin Endurance Championships.

About Sugarlands
Sugarlands distributes their award-winning line of spirits in 32 states nationwide, and their spirits are available for home delivery via Reserve Bar. Sugarlands hand-crafted cocktails can be sipped on in restaurants, bars and festivals across the country as well as on the Back Porch located at the downtown Gatlinburg, Tenn., distillery.

Sugarlands Distilling Co. believes giving back to the community is of the utmost importance. Since 2014, Sugarlands Distilling Company has donated over $675,000 to nonprofits across the country through their giveback program, MoonShare. Each month, Sugarlands sheds light on a different nonprofit organization and helps these organizations positively influence their communities through grants, fundraisers and donations. For more information, please visit www.sugarlands.com and follow us on Twitter, Instagram and Facebook. 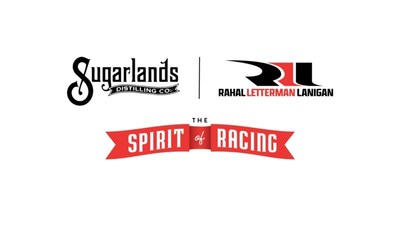