BELMONT PARK, N.Y., June 21, 2021 /PRNewswire/ — As the New York Islanders continue their run in the Semifinals of the Stanley Cup Playoffs, the team has announced that 2021-22 general admission season tickets are now sold out for their inaugural season at UBS Arena. Over 12,000 dedicated Islanders fans have committed to cheering on the team all season long at their new state of the art home. 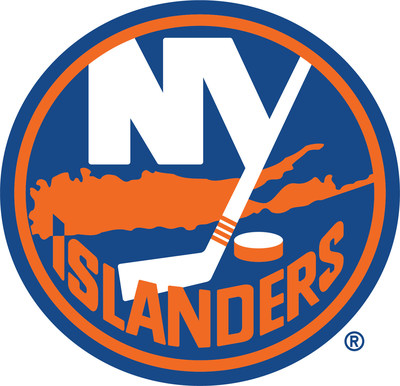 «Selling out season tickets is a true testament to this loyal fanbase,» said Tim Leiweke, CEO of Oak View Group. «This arena will bring the very best in both hockey and entertainment to fans across the region and we’re excited to open up the doors to the public this fall.»

In addition, only six suites remain available out of the arena’s 56, and less than 250 seats remain in the arena’s prestigious Dime Club. For those interested in learning more about these and other available premium hospitality options, please visit www.ubsarena.com/premium or call 516-517-0640.

UBS Arena is a $1.1 billion multi-purpose arena under construction adjacent to the Belmont Park racetrack. The world class entertainment venue, with its timeless and classic design, will bridge its iconic past with today’s advanced technology and amenities. In addition to being the new home to the famed New York Islanders Hockey Club, UBS Arena is one of the few venues in the world designed with a sharp focus on music and will create one of the best and most special experiences for both artists and audiences. The state-of-the-art arena will deliver an unmatched live entertainment experience with clear sightlines and premier acoustics to even more guests than ever before.

«We are so proud to have the support of these Islanders fans. They’ve responded in such overwhelming fashion,» said Mike Cosentino, New York Islanders Senior Vice President Sales, Service and Business Intelligence. «This milestone marks exponential growth in our season ticket base over the last number of years. We’re looking forward to welcoming the Islanders faithful to their new home at UBS Arena in the fall.»

More information regarding the New York Islanders season ticket waiting list and individual game tickets for the 2021-22 NHL season will be available in the coming weeks.

Please visit www.newyorkislanders.com/ubsarena or call 888-NY-ISLES for any further updates.

About UBS Arena
UBS Arena is New York’s next premier entertainment and sports venue and future home of the New York Islanders. Located at Belmont Park in Elmont, New York, the state of the art facility will open for the 2021-22 National Hockey League season and will host more than 150 major events annually. The arena and surrounding development are expected to create 10,000 construction jobs and 3,000 permanent jobs, generating approximately $25 billion in economic activity over the term of the lease.

Developed in partnership with Oak View Group, the New York Islanders, and Jeff Wilpon, UBS Arena is poised to be one of the area’s – and the nation’s – most prestigious and appealing venues for musical acts, events and performers of all genres, and will create a unique entertainment experience for artists and audiences alike. The venue is being constructed with a fan-first approach that leverages sophisticated engineering acoustics to amplify the audio experience, high-resolution LED displays and will include the largest scoreboard in New York.

UBS Arena will offer the highest-end amenities and customer service, through VIP suites and clubs that merge boutique hospitality with live entertainment. Clubs and suites will have a timeless design inspired by classic, well known New York establishments and will offer premier views of the bowl. Complementing UBS Arena, Belmont Park’s campus will comprise of 315,000 square feet of luxury retail and will include a 4 star boutique hotel.

UBS Arena is being built to achieve Leadership in Energy and Environmental Design (LEED) standards for New Construction. In an effort to build a greener future and minimize environmental impact, UBS Arena intends on being 100% carbon neutral, utilizing renewable energy by 2024, which will make it the first arena to do so on the eastern seaboard.

About Oak View Group (OVG)
Oak View Group (OVG) is a global sports and entertainment company founded by Tim Leiweke and Irving Azoff in 2015. OVG is focused on being a positive disruption to business as usual in the sports and live entertainment industry and currently has 8 divisions across 6 global offices (Los Angeles, New York, London, Seattle, Austin, and Philadelphia). OVG is leading the development and operations of UBS Arena, as well as leading our global development projects in Seattle, WA (Climate Pledge Arena), Austin, TX (Moody Center), Palm Springs, CA, Savannah, GA, Manchester, UK (Co-Op Live), and Milan, Italy. OVG Global Partnerships, a division of OVG, is the sales and marketing arm responsible for selling across all OVG Arena Development projects.  OVG Global Partnerships has successfully sold 6 world class naming rights deals in the past 14 months.

About the New York Islanders
Founded in 1972, the New York Islanders Hockey Club is the proud winner of four Stanley Cup Championships and nineteen consecutive playoff series victories. The Islanders have had nine members inducted into the Hockey Hall of Fame and play in the National Hockey League’s Eastern Conference.

The Islanders Children’s Foundation has helped countless youngsters in need around the world since its inception. Donations are raised through the efforts of our players, management and employees, along with our fans and partners.

UBS Arena at Belmont Park is finishing construction and will be the team’s new, state of the art home starting with the 2021-22 NHL season.