WASHINGTON, May 18, 2021 /PRNewswire/ — It’s 5:45 PM. Elite sports climber Kai Lightner is walking down a bustling Kansas City street when his attention is arrested by something up above. He reaches for his milk, takes a drink, passes it to his mom and begins his ascent to the top of a 30-story building where he comes face to face with a climbing wall. As the 21-year-old climbing phenom scales to the top, masterfully maneuvering his limbs with both speed and power, a message appears beneath him: YOU’RE GONNA NEED MILK FOR THAT. 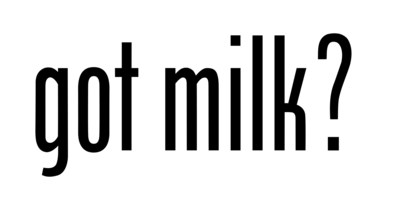 Lightner’s skillful climb is captured in a thrilling two-minute film titled ‘The Wall,’ creatively directed by Jimmy Chin, famed mountaineer and Academy Award-winning filmmaker of ‘Free Solo,’ for the iconic got milk? brand’s new campaign, You’re Gonna Need Milk for That. Chin’s masterful camera work captures Lightner’s remarkable talent and what milk – the beverage that has fueled him his entire life – helps athletes like him achieve. The beverage that powered his training and helped him accomplish this feat.

How so? New data along with updated nutrient daily values show that milk provides 13 nutrients* essential for performance. In fact, milk has a natural nutrient combination not found in formulated sports drinks. The clear choice for athletes of all ages to fuel athletic performance and to repair, rehydrate and replenish their muscles and bodies, while also helping to build strong bones and support immune health, milk stands alone as the Original Sports Drink.

The inspiration for ‘The Wall’ came from Chin himself. He recalled the time he had spent on planes staring at urban skylines, which would visually transform into scalable mountain ranges and tempting dares. ‘The Wall’ represents the acceptance of that dare.

«In climbing, we’re always looking to take on new challenges,» said Chin. «‘The Wall’ embodies the drive to accomplish the extraordinary. It’s funny when you think about it, milk really is the original sport drink. We wanted to celebrate that, have some fun and show just how amazing Kai Lightner is.»

As for Lightner, he didn’t just visualize climbing buildings, he would actually climb them, scaling the sides of brick buildings as a young athlete growing up in Fayetteville, North Carolina. A tip from a passerby to check out a local climbing gym has given way to an illustrious career, including 12 national championship titles and five youth world championship medals. Milk has also been by Lightner’s side since childhood, helping fuel his training.

«As an avid climber and milk drinker, climbing a wall on top of a 30-story building for a milk campaign was a perfect mix,» said Lightner. «I usually start my day with a glass of milk. It helps strengthen my bones and provides essential nutrients that I need to fuel my adventures.»

‘The Wall’ marks the debut of You’re Gonna Need Milk for That, a new campaign that speaks to milk’s centuries-long status as a sports drink. It positions milk as your naturally nutrient-rich ally to help you perform your best. Any epic challenge you want to take on – make the varsity team, crush the biggest ramp in the skatepark, scale the highest peak, or win gold – You’re Gonna Need Milk for That.

«The You’re Gonna Need Milk for That campaign intends to drive dramatic reconsideration of milk and its ability to fuel performance,» said Yin Woon Rani, CEO of the Milk Processor Education Program (MilkPEP). «With today’s intense focus on health and wellness, and milk’s rich track record of fueling the world’s top athletes since 776 BC, the time has come for milk to reclaim its ‘original sports drink’ status. With You’re Gonna Need Milk for That, we are not just asking people if they’ve got milk, we are giving them a contemporary and relevant reason to go and get milk.»

*Based on the 2019 DRI for potassium established by National Academies of Science, Engineering and Medicine