UNCASVILLE, Conn., April 20, 2021 /PRNewswire/ — Mohegan Sun is excited to announce today that Jennifer Rizzotti has been named President of the Connecticut Sun (CT Sun). In this role, Rizzotti will be responsible for the overall business operations and marketing strategies of the Mohegan Tribe owned WNBA franchise that plays its home games in Mohegan Sun Arena. 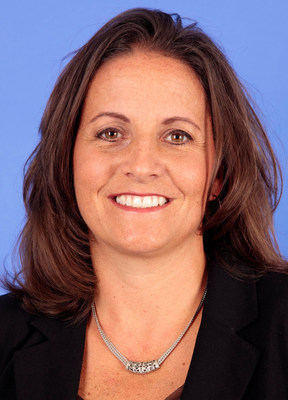 "I am so honored to rejoin the WNBA family in this leadership position with the Connecticut Sun," said Rizzotti. "This league employs the very best women’s basketball players in the world. But more importantly, the WNBA is an inclusive and diverse community of women that inspire, lead and in their own words, ‘provide a voice for the voiceless.’ I am proud to have won two championships as a player in the WNBA and will work tirelessly to help bring a championship to the Sun franchise."

"When you open the official website of the Mohegan Tribe, the first thing you read is Honor the Past. Building for the future," continued Rizzotti. "I believe the immediate future of the WNBA has never been more exciting.  The level of talent, growing support around the sports world, and the league’s commitment to be a keystone for cultural change in these tempestuous times, makes this upcoming season one of the most important in its already rich history."

Jennifer Rizzotti had a storied career for the UConn Huskies from 1992 – 1996, where she helped lead a 1995 team to a 35-0 season that ended in a Division 1 NCAA Women’s Basketball Championship. She finished her college career with 637 assists and nearly 350 steals, while averaging just over 11 points per game. After playing eight seasons of professional basketball following college, which included two championship seasons with the Houston Comets (1999 & 2000), Rizzotti embarked on a coaching career that led her to the University of Hartford (UHart) where she spent 17 seasons. During her tenure with UHart, Rizzotti became America East Conference "Coach of the Year" in 2006, 2007 and 2010. Rizzotti has also been an integral part of USA Women’s Basketball, and she currently serves as an Assistant Coach for both the Women’s USA Olympic team and the USA AmeriCup Team. In 2011, she was named USA Basketball "Coach of the Year."

"Jen Rizzotti brings instant credibility and is a powerhouse within the women’s basketball community. She has deep roots here in Connecticut and we could not be more thrilled to have her joining our team," said Connecticut Sun Board of Governors Representative and Recording Secretary for the Mohegan Tribal Council, Kathy Regan-Pyne. "Her passion, talent and expertise, along with her shared values and philosophies, make her a natural fit within our organization. We look forward to the team’s continued success and path forward under her leadership and alongside our incredible staff, coaches and players."

"The Connecticut Sun has had so many great seasons, and incredible athletes, coaches and leaders throughout their impactful history here at Mohegan Sun," said Jeff Hamilton, President & General Manager of Mohegan Sun. "Mohegan Sun is honored to have Jennifer Rizzotti joining our executive team, and we’re incredibly excited about the future of the Connecticut Sun under her vision."

A press conference on this special announcement will be scheduled for members of the media on Tuesday, April 27th, where Rizzotti will be joined by Mohegan Sun, Mohegan Tribe and CT Sun leadership. More details are to come on this event.

Rizzotti was also head coach of the George Washington Women’s basketball team for five years, that began with a 20-10 season in 2016-17 and a share of the A-10 regular season title. A trip to the NCAA Tournament would come in 2018 as well, after coaching George Washington to an A-10 Tournament title. Rizzotti was inducted into the Women’s Basketball Hall of Fame in 2013, joining fellow UConn legends, Coach Geno Auriemma (2006 inductee) and Rebecca Lobo (a 2010 inductee).

"I’d be remiss if I didn’t recognize the contributions that Amber Cox made to this franchise over the past five years," said Rizzotti.  "She and head coach & GM, Curt Miller, have made the Connecticut Sun one of the most successful teams in the WNBA. I look forward to using this foundation and the overall culture of the Mohegan Tribe and Mohegan Sun to attract players, fans, and sponsors to be a part of our bright future."

The Connecticut Sun recently announced their schedule for the upcoming 2021 season, which starts on the road against the Atlanta Dream on Friday, May 14th. The Sun, led by Alyssa Thomas, DeWanna Bonner and Jasmine Thomas, have their first home game of the season on Sunday, May 16th, which marks their first return to Mohegan Sun Arena since Game 4 of the WNBA finals on October 8, 2019.

ABOUT MOHEGAN SUN
Owned by Mohegan Gaming & Entertainment, Mohegan Sun is one of the largest, most spectacular entertainment, gaming, dining and shopping destinations in the United States.  Situated on 185 acres along the Thames River in scenic southeastern Connecticut, Mohegan Sun is home to two unique casinos, 1,600 deluxe hotel rooms, two world-class spas, a golf course, over 80 shops, restaurants and bars as well as three award-winning entertainment venues including a 10,000-seat Arena. Mohegan Sun is within easy access of New York, Boston, Hartford and Providence and located 15 minutes from the museums, antique shops and waterfront of Mystic Country. More information is available by calling 1.888.226.7711 or visiting mohegansun.com. Connect with us on Facebook, follow us on Twitter and Instagram @mohegansun, view us on YouTube and find us on Snapchat at username MoheganSun.