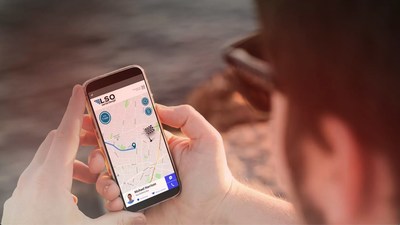 According to CEO Richard Metzler, «Our geographic coverage has not changed much over the last 30 years, but our e-commerce and business customers have been strongly encouraging us to expand our service area. The drumbeat is louder and louder from customers who are eager to expand their shipping options instead of just depending on FedEx and UPS. Some even have C-Level mandates to find alternatives after what they experienced in Peak 2020, so far this year, and what they have been told about Peak 2021. It appears that the national parcel carriers have lost the trust of some of the biggest shippers in the country.»

Today, LSO’s service area includes 100% of Texas zip codes and nearly two-thirds of the Oklahoma population and can reach ~32 million people. The expansion will increase LSO’s overall parcel delivery coverage by over one-third to a total population reach of ~43 million people and a similarly large percent of e-commerce orders and GDP of those areas.

From Dallas, the vast majority of LSO’s e-commerce/ground packages to the new and existing service areas will be delivered in one business day. See the map below and lso.com/coverage for the actual ZIP code and time-in-transit listing for additional details. Louisiana east of Lake Charles will be delivered in two days. The LSO time-in-transit commitment to LSO’s current Texas and Oklahoma service areas is next business day for e-commerce/ground parcels with the exceptions of the far Western and far Southern parts of Texas. However, those areas represent a small percent of the ~32 million people in the areas LSO currently serve in those two states.

There are no changes to LSO’s current service area or delivery commitments in Texas and Oklahoma for their guaranteed next business day services: next day by 8:30 a.m., 10:30 a.m., 3:00 p.m.; and LSO’s Second Day service.

Metzler went on to say, «This is just the beginning of LSO’s geographic expansion. You will be hearing more on expanded LSO coverage to other states in the not-too-distant future.»

About LSO / Lone Star Overnight
Lone Star Overnight (LSO) is headquartered in Austin, Texas, and over the last 30 years has become the leading regional parcel delivery carrier in the southwest. LSO has a network of over twenty-three operating locations, serving the nearly 2,600 zip codes in Texas, 62% of the population of Oklahoma and Eastern New Mexico and Western Louisiana. LSO’s current service area covers approximately 8-10% of the B2C e-commerce orders delivered. LSO’s expanded geographic coverage will increase its footprint to nearly 12% of all e-commerce addresses in the United States.

Global Automotive Infotainment Market Report 2021: OF Fitted Segment Dominated in 2020 and is On Track to Generate USD 9.6 Billion by 2028