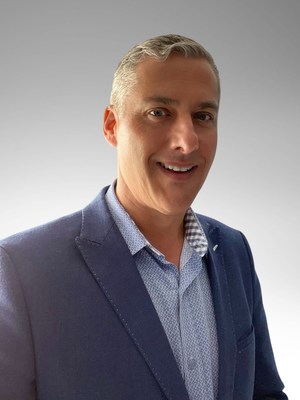 «Over the course of an amazing 50-year journey, we have grown to become North America’s leading distributor of pro audio/lighting, consumer electronics, and musical instruments because of the relationships we have created, nurtured, and expanded with our manufacturer and reseller partners,» Exertis|JAM President Stuart Frenkel said today.

«And that is not going to change. Our name is changing to align globally with our sister Exertis companies, but our core culture remains the same one that has made us the leader we are today,» he emphasized.

Indeed, while sales now exceed $450 million annually, Exertis|JAM very much remains an employee and customer-centric company comprised of 18 thriving divisions spanning pro audio/lighting, consumer electronics, and musical instruments that have grown, through acquisition and diversification, into market leaders. In 2018, the company was named one of Canada’s Best Managed Companies by Deloitte. Music Trades magazine lists Exertis|JAM as #6 in its annual list of the Top 100 North American Music Products Suppliers.

«Our success is built on maintaining quality communications and a flat divisional management structure that enables our partners to work with a smart, agile team of subject matter experts in every product category,» Frenkel concluded. «And it’s what will ensure our continued success in the future.»

About Exertis|JAM
Founded in 1972, Exertis|JAM began operating in Montreal under the trade name of Erikson Music as an importer/distributor of musical instruments and accessories, with less than 10 employees and sales of less than $1 million. With almost 50 years of experience, today Exertis|JAM is a unique distribution network made up of 18 divisions that serve markets ranging from professional audio and lighting, consumer electronics, and musical instruments, with over 650 employees spread out over several countries and sales exceeding $450 million. Exertis|JAM’s success is largely driven by innovation, diversification, customer service, people, and an exemplary corporate culture. www.jamindustries.com

About Exertis Group
Exertis is the leading technology distributor of consumer, business, and enterprise products from pioneering technology brands, playing an integral role in supplying the world with cutting-edge tech. For forty years Exertis has distributed the technology that transforms societies and facilitates the world’s transition to digital. These days Exertis distributes everything from AV solutions to AI-powered smart-tech.

Exertis is powered by the mantra ‘our people, our customers, our business’ and its reach is global. A wholly owned subsidiary of parent company DCC PLC, a FTSE 100 company, it has offices in Europe, North America, Middle East, and China, representing 2,400 brands. In 2021 it had a turnover of £4.483 billion. As technology evolves, so does Exertis. www.exertis.com