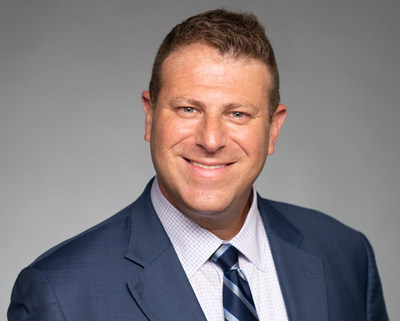 A University of Maryland alumnus, Schwartz will serve as the primary communications and marketing liaison for the conference’s 14 member institutions, NCAA, Autonomy Five, College Football Playoff, public policy agencies, broadcast and community partners, and to the media.

«Jon has over two decades of senior leadership experience in communications, marketing, digital and social media from his tenure with professional sports leagues, teams, agencies and in higher education,» said Commissioner Warren. «He brings strategic management skills, a service-oriented mindset and team building to our conference, our member institutions and our partners. I look forward to his contribution in these vital areas as we continue to strengthen the conference.»

«As a University of Maryland graduate, I am incredibly invested in the success of the Big Ten Conference,» said Schwartz. «Our conference truly offers unparalleled tradition, academics, competition and innovation. I am honored to work alongside Commissioner Warren to strategically showcase the value of our member institutions, and to serve our chancellors and presidents, athletics directors, coaches, student-athletes and our various conference partners.»

Prior to joining the Big Ten Conference, Schwartz served as senior vice president, communications, and public affairs for the National Football League (NFL). There, he led strategic communications efforts, including executive and internal communications, for the League. As a key advisor to NFL Commissioner Roger Goodell, he created and executed marketing communications strategies to bolster fan consumption and amplify NFL signature events such as the NFL Draft, NFL Kickoff, and Super Bowl.

Schwartz spearheaded integrated marketing communications efforts such as NFL 100 and NFL Votes. In 2020, Schwartz led the largest and most inclusive tune-in campaign in NFL history, resulting in record viewership and ratings for the 2020 NFL Draft.

As a steward of diversity, equity, and inclusion, he championed the NFL’s first-ever LGBTQ campaign which helped eradicate stigmas about coming out in the NFL. Schwartz joined the NFL after successfully leading NASCAR’s Integrated Marketing Communications team. He built and nurtured a talented and diverse group that won the 2015 PRWeek In-House Team of the Year Award. He was named to PRWeek’s Forty Under 40 in 2012.

Prior to NASCAR, Schwartz held senior communications roles at Bank of America, where he managed communications for its NFL, NASCAR, MLB, golf, and Olympic sponsorships. As a member of the Global Marketing Leadership team, he led the communications strategy for MasterCard Worldwide’s «Priceless» campaign and helped execute its sponsorships with sports properties such as the FIFA World Cup. He also worked for Taylor, a sports and entertainment PR firm, alongside blue chip brands such as MasterCard, Reebok, Castrol, and Purina.

Since 2016, Schwartz has taught courses to undergraduates and graduates at NYU’s Tisch Institute for Global Sport including Sports Media and Global Technology, Sports and Entertainment Packaging, and Real World. As adjunct professor, he has mentored students from all over the world by helping them make a successful transition from the classroom into the workforce.

Schwartz volunteers as chairman of the American Special Hockey Association, a non-profit serving children and adults with intellectual and developmental disabilities. In 2010, he led a group of disabled athletes on a 1,370-mile journey to raise awareness about the importance of inclusion. The endeavor was chronicled by the New York Times and USA Today.

He also executive produced and hosted the podcast, «The Sports Mentoring Project,» and served on the advisory board for the Shirley Povich Center for Sports Journalism at his alma mater, the University of Maryland. Schwartz and his wife, Danielle have three children, Allison (16), and twins, Nicholas (12) and Ryan (12).

Big Ten Conference (bigten.org) is an association of world-class universities whose member institutions share a common mission of research, graduate, professional and undergraduate teaching and public service. Founded in 1896, Big Ten has sustained a comprehensive set of shared practices and policies that enforce the priority of academics in the lives of students competing in intercollegiate athletics and emphasize the values of integrity, fairness and competitiveness. The broad-based programs of the 14 Big Ten institutions will provide over $200 million in direct financial support to more than 9,800 students for more than 11,000 participation opportunities on 350 teams in 42 different sports. Big Ten sponsors 28 official conference sports, 14 for men and 14 for women, including the addition of men’s ice hockey and men’s and women’s lacrosse since 2013. 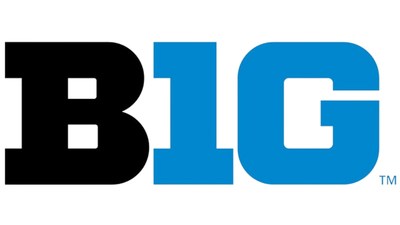